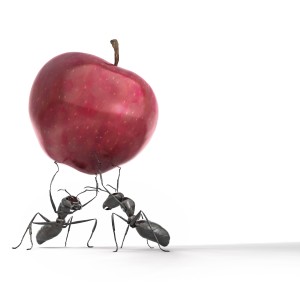 In November we celebrated Labor Day — our tribute to the American workforce. Yet, this year our claims of fidelity to the ideal of hard work as a path to a good life were muted by harsh reality. Only 43.7% of working-age Americans are employed full-time according to the August Gallup P2P numbers. However, a handful of organizations are bucking this trend by engaging their employees in sustainable team building events that clear the path for career advancement, better wages, increased profitability, and strengthened long-term business growth and viability.

It should be no surprise that the tools to fix 20th century cyclical unemployment don’t work in the 21st century. A dramatically altered economy has changed work. Global competition and an unrelenting push for short-term quarterly gains transformed the orientation of many firms. Virtually entire industries moved off-shore seeking lower-cost labor. Many that remained in the U.S. flattened their organizations, increased reliance on contingent workers, and/or outsourced. The cumulative effect has eroded many of the integral first-rung jobs on the career ladder. Job security has become an anachronism, a story told by the elders of earlier days. Workers can expect to transition through ten different jobs in a twenty-year span.

Good jobs with decent pay are hard to find.  But occasionally a “good news” story appears featuring workers gaining a leg-up in a firm that does well by its people.  Five years ago, employees at The Hitachi Foundation asked: Are these merely idiosyncratic employers with big hearts? Is the era of valuing workers lost to global economic pressures?

Hitachi took a closer look at the landscape. And their new report: Doing Well and Doing Good , portrays a surprising picture.

Across the country, in all sectors and in significant numbers, are workplaces that respect the dignity of workers, maintain the efficacy of work, and not only offer decent wages but extend pathways for dramatic earnings gains and career advancement. What’s more – these firms claim success, often outperforming their peers, because of, not despite their commitment to workers. These organizations have already found some answers to 21st century challenges. Within their firms they put in place practical solutions that simultaneously bolster performance, lift workers and communities, and strengthen long-term economic prospects.

Take GR Spring & Stamping (GRS&S) in Grand Rapids, MI for example.  They produce high value-added automotive parts by investing in their frontline workers.  While entry wages for the company’s machine operators are competitive, completing training pushes them up typically by 4-6% within six months.  Employee turnover is 40% below the industry average and sales per employee and machine utilization and other productivity measures rank at the top of the industry. All employees begin their careers in the classroom and in on-the-job training.  GRS&S University also raises skills, and mastery is linked to specific pay increases.  Pay for performance also is a key incentive.  Pay ranges start at a competitive level for the region, but press operators for example can earn significantly more than their starting wages in two or three years.  Finally, the firm forms “mini companies” that relies on teams and is partly aimed at improving communication both with customers and within the firm.  Each meets weekly to review performance and solve problems.  Each quarter, mini-companies meet with management in “bankers meetings” to review results. They also discuss plans to improve and requests for capital expenditures.

The August 2013  jobs numbers are sobering testimony to high and growing levels of inequality among our workforce. This is a jolting contradiction to our self-image and it need not be our destiny. As highlighted in the case study of GR Spring & Stamping, this progressive company improved employee engagement, wages, and turnover rates by employing the principles of proven team building events that complement a dramatically altered 21st century economy.