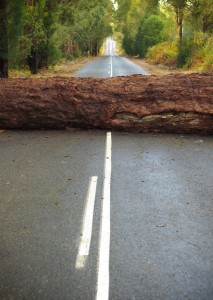 Minnesota’s manufacturers remain confident in their firms’ futures, as solid revenue, profitability and capital expenditure projections hold steady for the second year in a row, according to The State of Manufacturing®, a major survey research project sponsored by Enterprise Minnesota and partners.

From a financial perspective, 82 percent of executives say they are confident about the future of their firms. This high confidence level is remarkably consistent with data from 2011’s survey, and spreads across companies of all sizes, locations and revenues.

“The value of manufacturing to a healthy economy cannot be stated strongly enough,” said Enterprise Minnesota President & CEO Bob Kill. “We saw manufacturing lead the way through the economic recovery in 2011 and the 2012 State of Manufacturing® poll results validate that. Through innovation and investment, Minnesota manufacturers are growing, and they are adding high quality jobs.”

On key projections for their own firms, executives continue to exhibit much more confidence than they did three years ago, when 32 percent of executives expected their gross revenues to decline, 34 percent expected their profitability to decline, and more than one in three (37 percent) expected their capital expenditures to decrease. This year, only 8 percent of executives anticipate a decline in gross revenues, and only 13 percent expect a decline in profitability. Less than one in four (24 percent) executives expect their capital expenditures to decrease.

However, projections on these three indices are less rosy now than they were a year ago. Where 51 percent of executives anticipated an up-tick in gross revenues and 32 anticipated an increase in capital expenditures in 2011, 47 percent anticipate increased gross revenues and 27 percent expect an increase in capital expenditures in 2012. The starkest contrast is seen in profitability projections. While 39 percent of executives expected their firm’s profitability to increase in 2011, only 31 percent expect it to increase in 2012.

So how were these findings gathered?

Qualified worker shortage: Though it ranked fourth on manufacturing executives’ collective list of concerns, worry over finding qualified workers has doubled over the past year. Thirty-one percent of executives say this issue is a concern for their firm, up from 14 percent in 2011. Firms of larger size and revenue are most likely to rate this as a concern.

Executives’ own experiences with recruitment echo their worries on the issue. Nearly six out of 10 (58 percent) executives say it is a challenge to attract qualified labor to their companies. This is a noticeable increase from 2011, when 45 percent reported difficulty in attracting qualified labor. The majority of firms across all sizes and locations appear to share this challenge. However, it is the larger companies in terms of revenue (more than $1 million) and size (more than 50 employees) that say it will affect their bottom line. These larger firms are also more likely to have added to their workforce over the past year. It appears that companies going through the hiring process are the most likely to report difficulty in and concern over recruiting qualified talent.

Shipping more internationally: The state’s manufacturing industry has hit a new high in the percentage of companies who say they ship internationally. Fully 47 percent of manufacturing executives now say their firm ships outside the U.S. Nearly one in five respondents (18 percent) says their firm ships more than 11 percent of its product overseas. Just three years ago, only 10 percent of manufacturers reported doing so. Of those who do export, nearly one-quarter (22 percent) report they are exporting more than they did one year ago.

Are these findings consistent with the research in your state? Let us know.